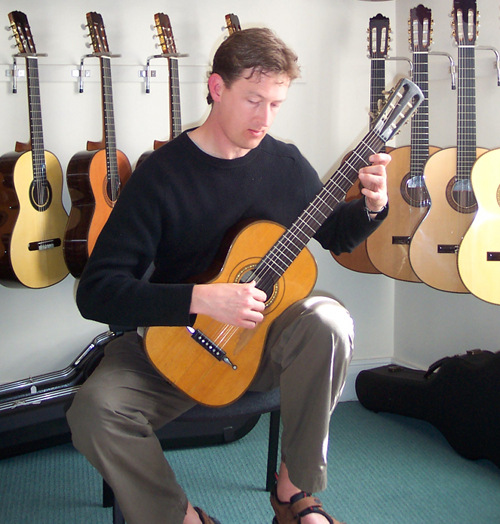 I was reminded recently of a photo that was taken in 2005 when I visited the Classical Guitar Centre in Birmingham run by Brian Whitehouse.  Amongst the amazing instruments from around the world there was one very special guitar.

It was an 1827 Louis Panormo guitar. Earlier I had played two similar instruments in Auckland and I''d heard about the history relevant to New Zealand. The Panormo family including Louis Panormo himself, emigrated to New Zealand and settled in Awhitu near Auckland in the 1850s.

Brian''s Panormo guitar is in great condition and sounds wonderful. One detail that isn't authentic Panormo is the head which was a later replacement.

There are two Panormo guitars in New Zealand in the care of Panormo descendants.