I stumbled upon an interesting fact that anyone who knows the Alberton DVD will appreciate. There's evidence that in 1856 a Benjamin Paine aged 27 sailed to New Zealand from Australia arriving at Wellington Harbour. The name of the ship was Seringapatam - the same as my Indian inspired composition.  Benjamin Paine is not one of my ancestors but I did a double-take when I saw the two names together!

According to Wikipedia a ship named Seringapatam was built in 1799 for the Sultan Tippu of Seringapatam (ruler of Mysore.) The following Wiki article outlines the colourful story of how it came to be in Australian waters however it can't be the same vessel as Benjamin Paine sailed in.  It's final voyage was in 1849.

Later ships inherited the name and one such vessel was a 5th rate frigate built in Bombay for the Royal Navy on the 5th September 1819.  Her claim to fame is having carried the first-ever letter (dated March 17, 1830) from Pitcairn Island.  That brings about another coincidence as Allan Kerr Taylor, born in Seringapatam (* see note below) and founder of Alberton, was among a group of people marooned on Pitcairn Island in 1850.

According to the book Pitcairn Island and the Islanders by Walter Brodie, Allan Kerr Taylor is known to have danced a jig to some music that was provided during the time they were stranded.  Yet another coincidence is that one of the guitar compositions I wrote for the Alberton DVD was given the name Sea Shanty.  It is symbolic of Allan Kerr Taylor's epic sailing adventures and the stranding, however it is fair to say the 6/8 rhythm of the piece makes it more jig than shanty.  Shanties were unaccompanied work songs intended to help sailors work in time, particularly when hauling ropes, and to improve moral.  There were no iPods on board sailing ships in those days and singing was the most readily available form of music.

Another ship named Seringapatam was one of the first two Indian built Blackwall frigates and was launched in 1837.

* Since publishing this article details of Allan Kerr Taylor's baptism record emerged and revealed that he was baptised in Negapatam on 9th January 1832, the son of Lieutenant-Colonel William Taylor of the 39th Madras Native Infantry. 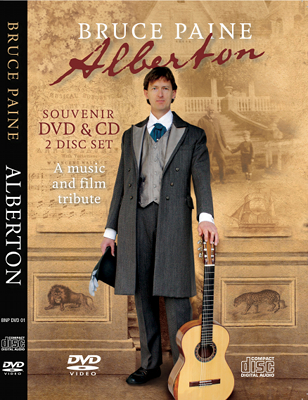