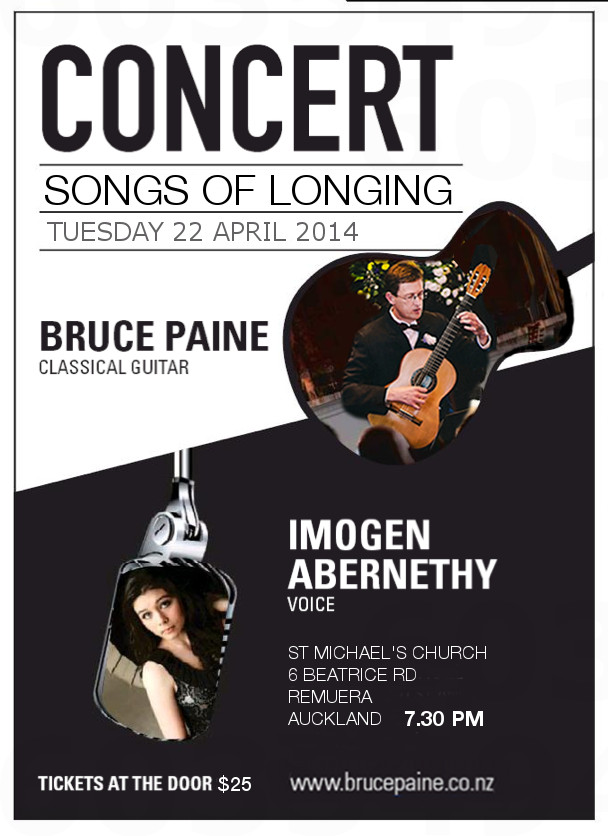 During the Easter holidays of 2014, Bruce Paine and singer Imogen Abernethy presented a programme of classical guitar solos and songs entitled Songs of Longing.

Bruce was delighted to have this opportunity to perform in the beautiful setting of St Michael's Church which has been the venue for his three most recent CD releases Lateral Lines, Alberton and Tonewood and Bear Claw.