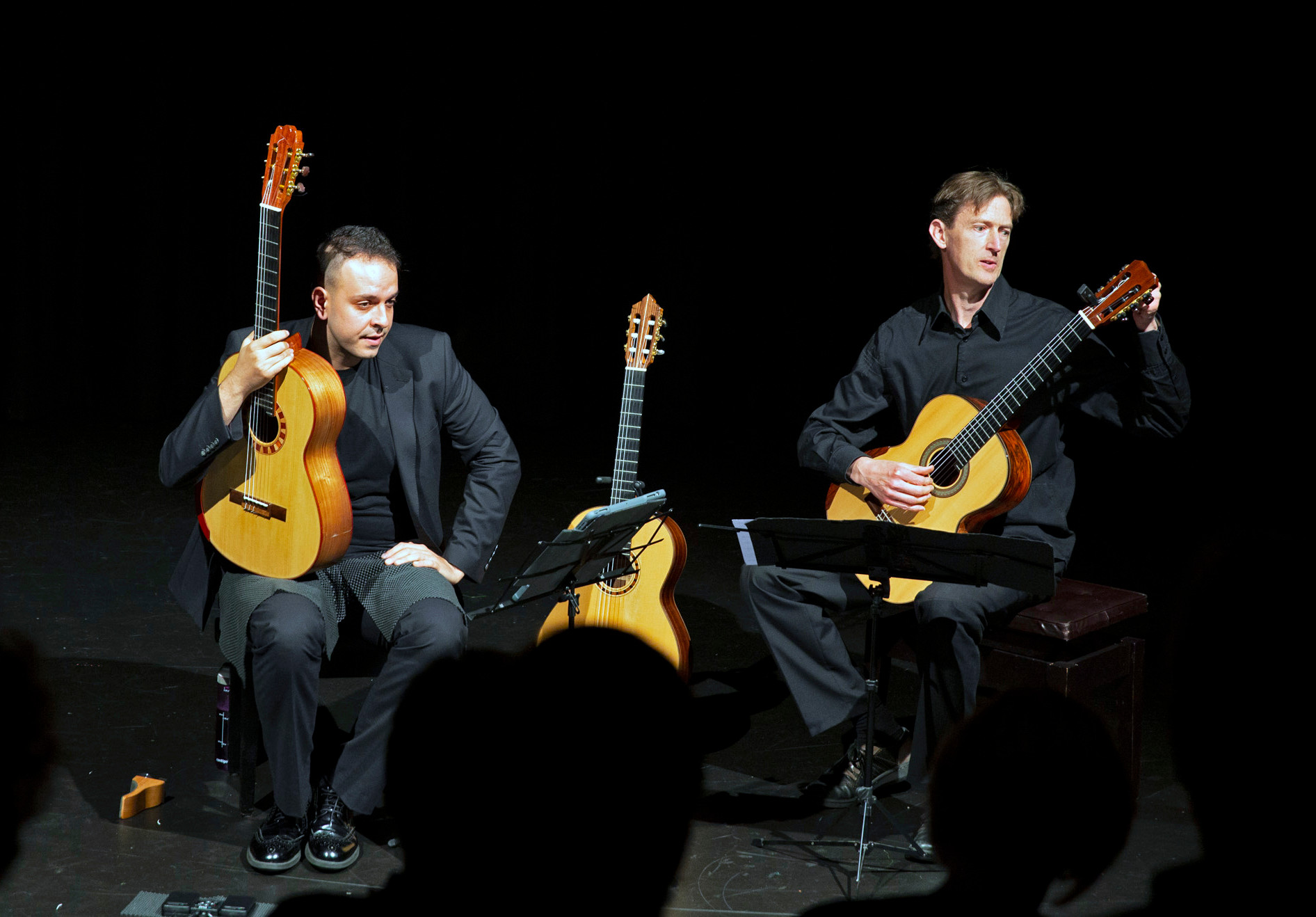 This performance was by Turkish born guitarist Barkin Sertkaya with some assistance from Bruce Paine.

The first half consisted entirely of Bruce's compositions including his solo 'Waitemata Reverie' and duet 'Anatolia ~ Aotearoa'.  Barkin also gave the unofficial premiere of a new suite which he commissioned from Bruce.  The same work to be officially premiered in New Plymouth on January 14th 2020.

The second half of the programme featured Turkish inspired compositions.